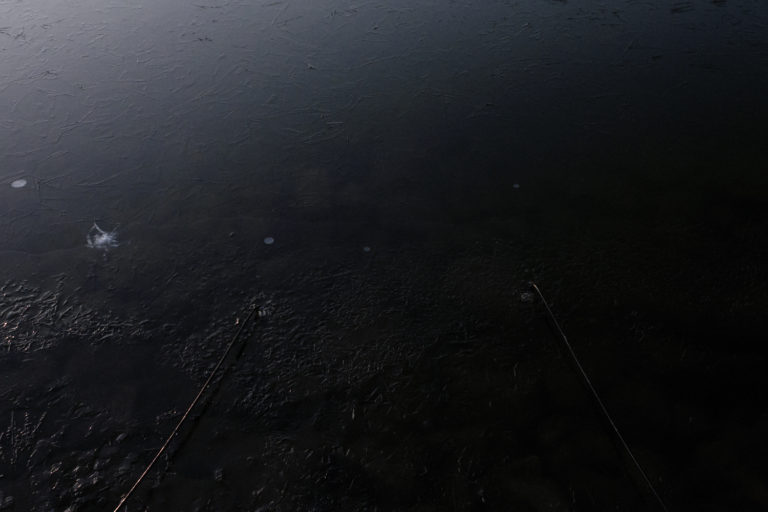 January 2020
Since Marc Namblard released his “Chants of Frozen Lakes” album, I have become more
aware of this phenomenon. Ice, in a lake or river bed gets squeezed by changes in
temperature and thus produces a wide range of sounds.
At the beginning of January I spontaneously had the opportunity to record this phenomenon.
The Mittellandkanal near the former German-German border was thinly frozen over and
the ice began to crack and groan under the rising sun.