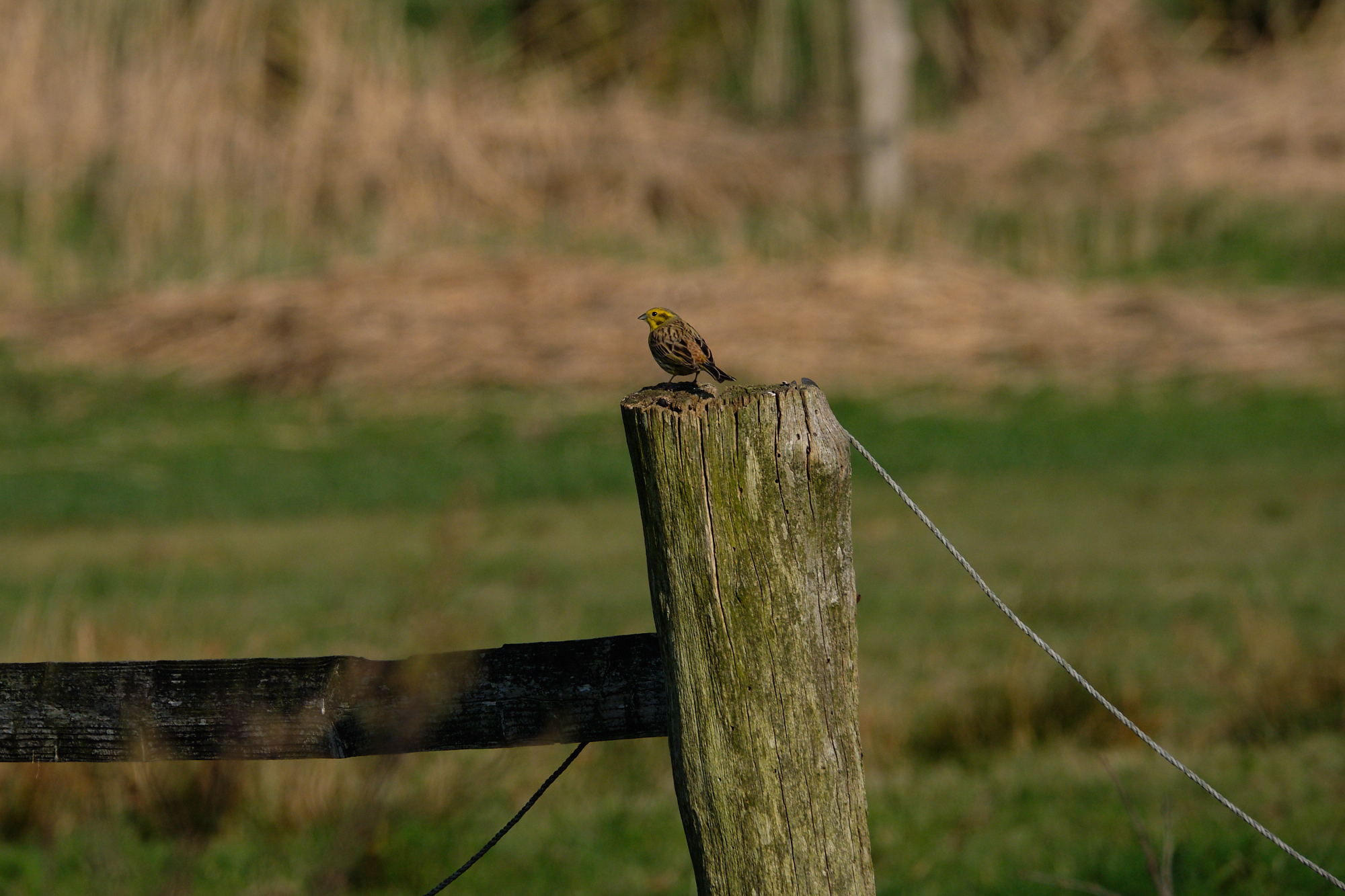 After moving to Berlin, I slowly started to familiarise with my new environment, made
some first trips in order to explore new spots and to check their suitability for sound
recording.

Unlike Leipzig, Berlin is not only surrounded by totally ruined agricultural deserts only,
but of finest heathland and some interesting nature reserves.
But since Berliners like to escape the city into the countryside as often as they can,
there is some pressure on those spots too. The nature reserve ‘Schönower Heide’, a former military area, is located northeast of
Berlin. It’s a rather small heathland with good numbers of typical species like Woodlarks
and Tree Pipits, occasionally Eurasian Hoopoes and Eurasian Nightjars allegedly do
breed here too.

During my first trips in winter and early spring, only a few birds sang, but there have
been some nice flocks of winter guests like Eurasian Bullfinch, Common Redpoll
and Fieldfare.
In a fenced part of the protected area also live Fallow Deer. After all, a spot to study
the vocalisations of this introduced species…

During their song flights, Woodlarks usually mark a wide range, what makes it really
difficult to capture complete ‘songs’ including initial and final part in consistent quality. In March two forms (or species if you like) of Eurasian Bullfinch were present in mixed
flocks. In the following recording, a northern individual (probably ssp. pyrrhula) answers
to social calls of a ssp. europaea bird.