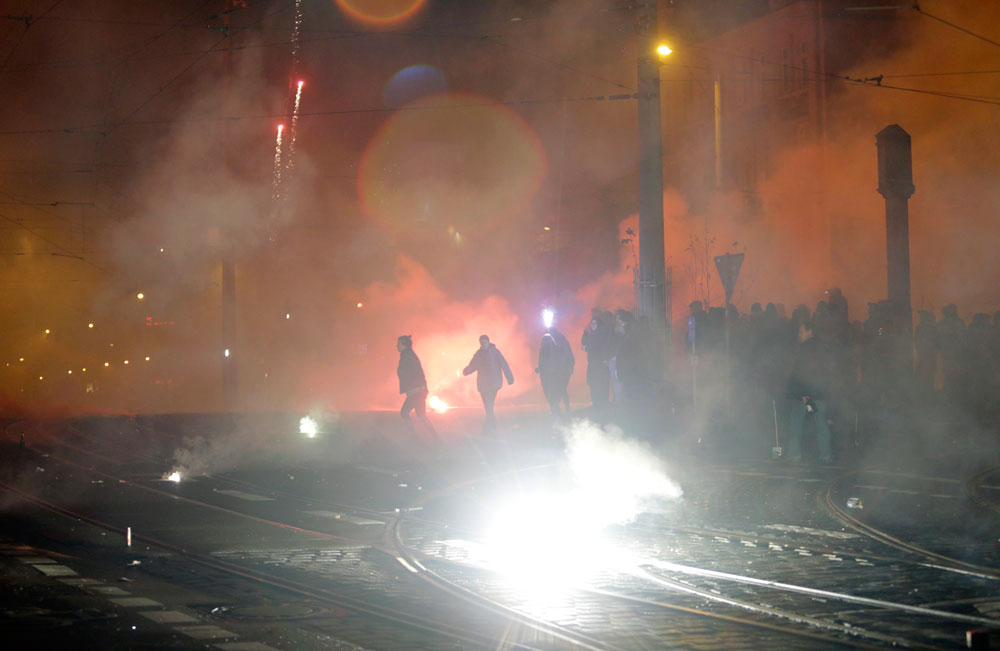 January 2016
After one year of weekly racist marches in Leipzig, Leipzig’s antifascist youth
decided to send a clear signal. In mid of December a demonstration against
a planned Nazi march through Leipzig’s left-wing dominated borough Connewitz
ended up with riots.

As penalty for that the Leipzig Police imposed a ban on meetings for the entire
borough on New Year’s Eve. But once more the youth decided not to be silent.