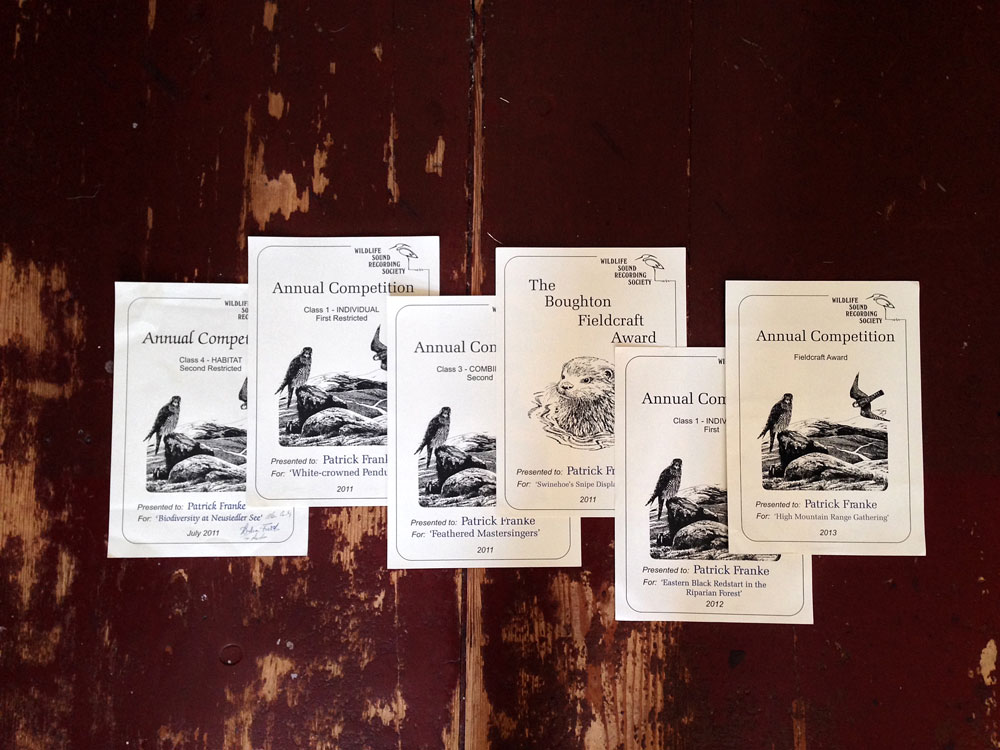 July 2014
Every year the Wildlife Sound Recording Society holds an annual meeting
somewhere in the UK. This year it was held at the Rutland Water
Reserve.

The guest speaker was the society’s new president Chris Watson. He spoke
about the work during the filming of the tv-program Frozen Planet and his
experiences in Antarctica.
During his talk he played stunning, crystal clear sound recordings, recorded
in the soundfield format.

The presentation of the competition winning entries gave a good impression
of the skills and fieldcraft of the society members.

This year I won the Boughton Fieldcraft Award for the second time!
Thanks a lot!

I really recommend to become a member of the society. -> WSRS

These were my competition entries: