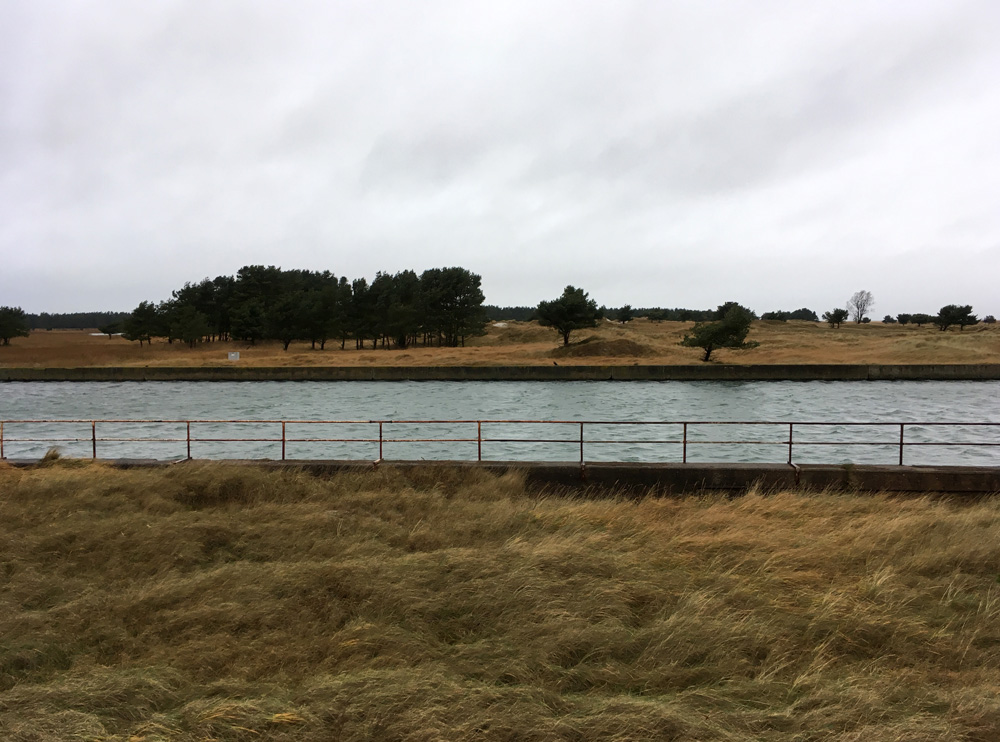 I prefer to spend the winter time somewhere at the coast, where bird species accumulate
much more than they do in the mainland. Since I live in the mainland, it amounts to short
trips up north, favourably to the Darß peninsula.

It was a bit of a bad timing this year, and way too much tourists spend the christmas
time there too. Not the best conditions for sound recording then.

But knowing some less frequented places there, I was able to escape the noisy masses
at least during the early hours of the morning.

This year huge flocks of Common Redpoll Acanthis flammea taxa where present
everywhere, but I couldn’t find any of the desired Parrot Crossbills Loxia pytyopsittacus,
which have been reported a few days before my arrival. But just hiking and listening to the general soundscape was worth the trip, and as
a bonus I could show my partner her first Bohemian Waxwings Bombycilla garrullus,
a species which is always pleasure to look at.

My main goal recording-wise was to collect sounds for an upcoming album and, of course,
flight calls for our bird ID website Birds In Flight.