April 2012
During the last years, I have been participating in offshore bird- and marine mammal
monitoring trips at the North and the Baltic Sea. Working in the day- and nighttime,
I have learned to appreciate both, the sounds of the marine habitat itself and that of
the vessel`s devices.

Over the years, most of these sounds feel more and more familiar to me. Some devices
have changed their character, being more music instruments than part of an engine.
Maybe this is the ordinary process of appropriation.

In preperation of the upcoming CD “Hydrograf” I would like to introduce a few of theses
devices/instruments combined with the always changing geophonies of the marine
habitat. 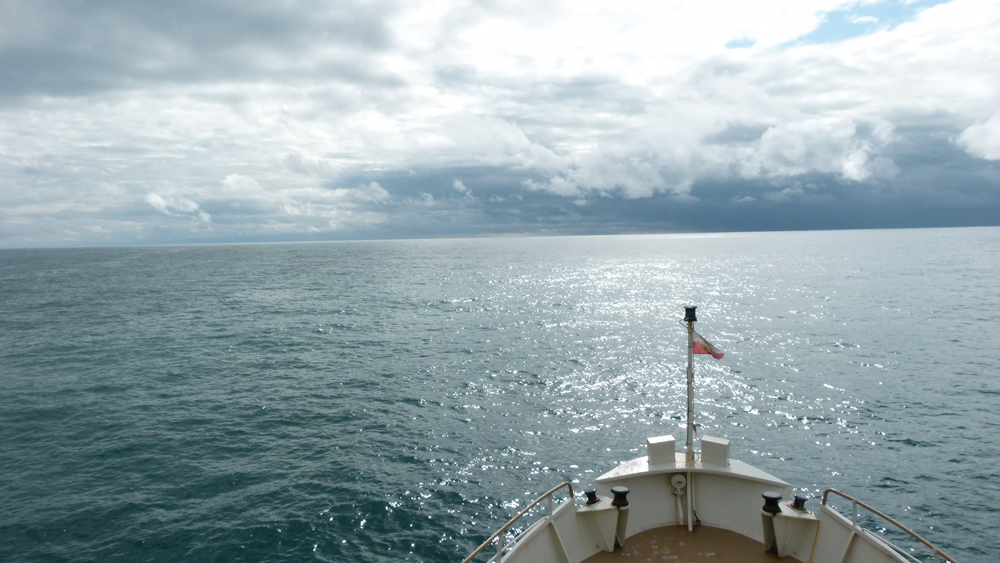 At most of these vessels every person inhabits a cabine by him-/herself. Sound is
really important there.

Bound in a exhausting working rhythm (six hour rhythm or alternating a whole
photoperiod) everybody needs to rest as much as possible. But there is a small
problem: at most smaller vessels, the cabines are situated next to the engine room.
Silence is relative.

Wich acoustic image do you have when you think about a sailor in it´s cabin?
Dry warm air, creaking furniture, a buzzing neon light? Let´s make the reality check
– here are three examples from three different vessels under different weather
conditions:

Casting or heaving the anchor often is a highly emotional matter. It means you have
reached the area of operation or you are leaving it heading home.
Based on viewing buccaneer movies as a child, I had a really precise imagination of
how an anchor has to sound: heavy brazen rattles mingled with the sound of
splashing water. But I had to learn: We don´t  live in the 17th century anymore.

Please keep in mind an anchor plus chain weights a few tons. So it needs the
engine to cast this monster out or heaving it back in. This is the sound when Pedro
(really nice guy!) brings back the anchor on board:

In most cases, to lay at anchor means less heavy noise, because the main engine
isn´t running. Unfortunetaly a smaller one is running all the day, because a lot of things
need power supply (navigation equipment, light, fridges, laptops to show popcorn
cinema movies or photos from the colleague´s last birding trips…)
Nevertheless, laying at anchor is a sound recordists paradise. Being passenger on
these ships for years, doesn´t mean I am familiar with all their sounds – on almost
every trip I discover new ones or interesting unnoticed acoustic spaces.

Now, you could ask, but what is with the migrating birds? And where are your
stunning cetacean sound recordings?

pelagic birds: Most of the recognisable pelagic migration is without recognisable
sound. There are only a few exceptions: calling Terns (especially in autumn, when the
adults are accompanied by their juveniles, uttering constantly contact calls), Gulls
screaming anxiety calls in confrontation with a Skua species and Northern Fulmars
Fulmarus glacialis struggling about food.

mainland birds: The most exciting moments are nocturnal song bird migration
nights! When fog or rain bringing the unrecognisable flocks (flying high, only visible
on radar) down, my heart is beating fast and I am really electrified – on every occasion
anew.

Thousands of Thrushes or a few waders fighting it´s way through mist and storm,
calling to each other to stay together. Some birds circling about the illuminated ship
or take a seat at deck.
Under worst (for birds) /best (for bird enthusiasts) conditions one can hear up to
1000 Backbirds Turdus merula, Song Thrushes Turdus philomelos, Fieldfares
Turdus pilaris, Robins Erithacus rubecula within 5 or 10 minutes – staying among
this seemingly endless streams.
Once more I have to state: there is nothing in the world like animal migration. 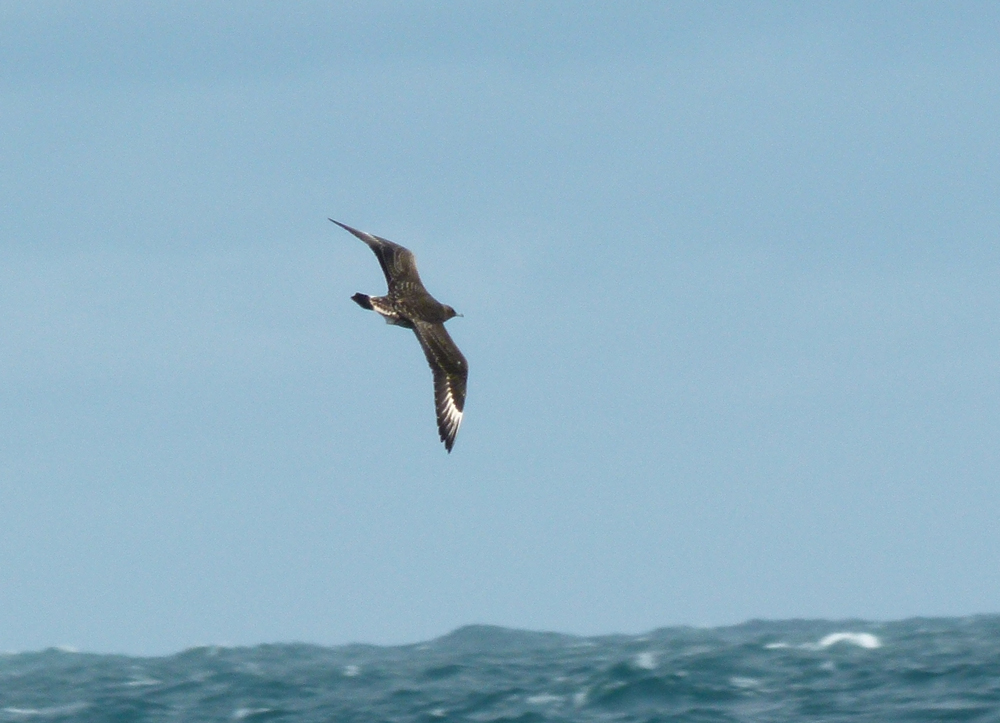 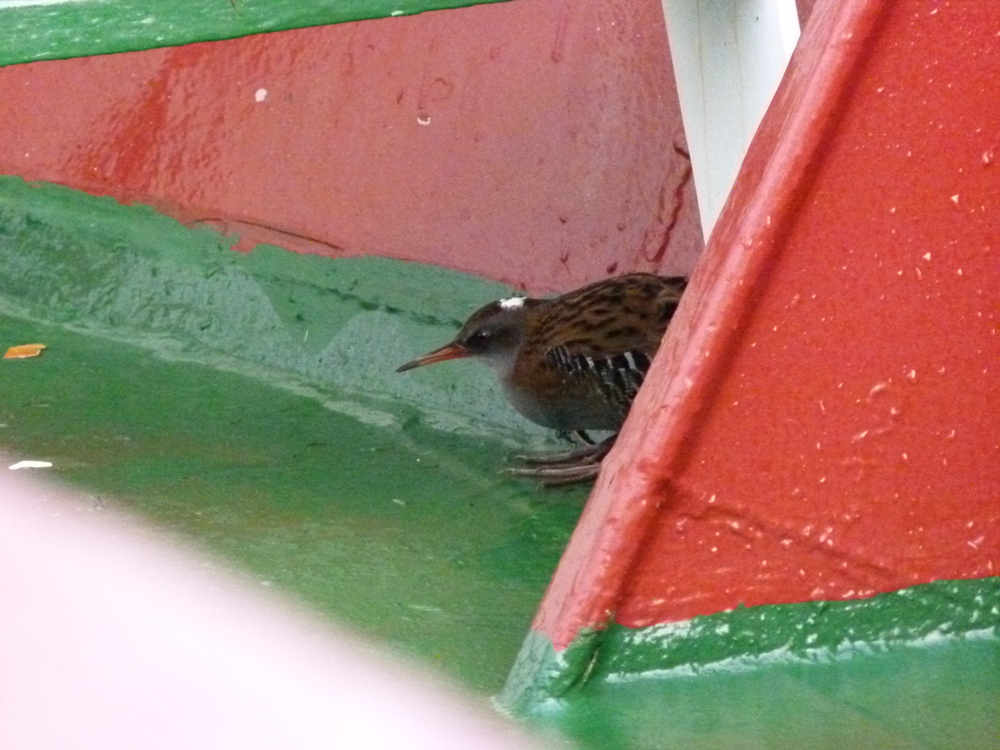 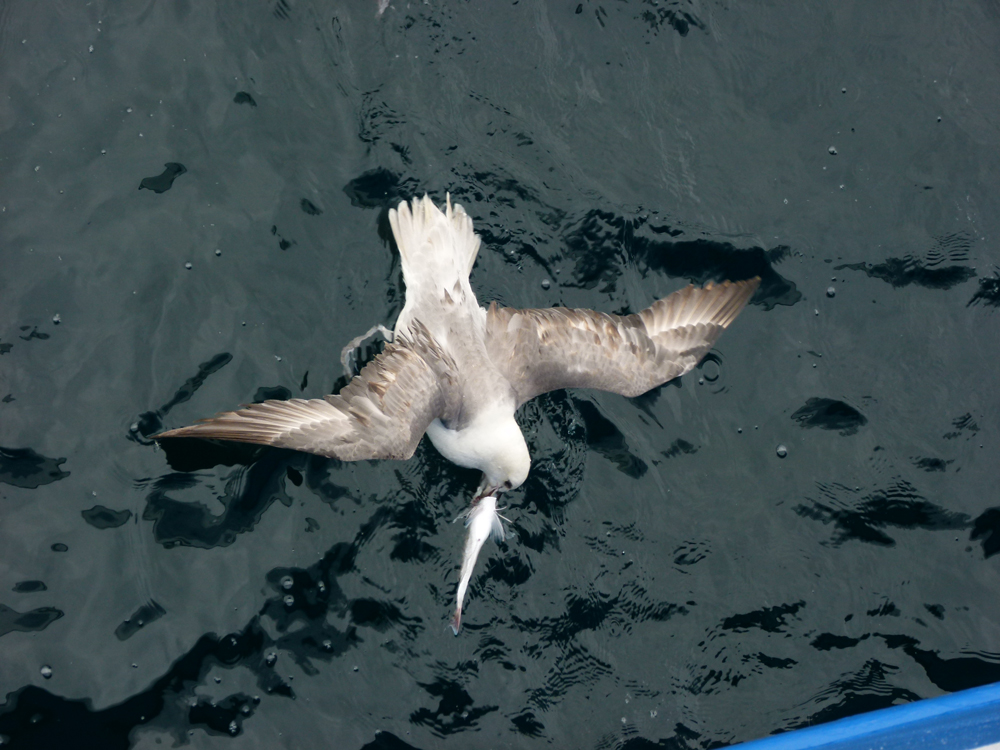 mammals: I really tried to record Dolphins or Porpoises – but without success.
I saw a lot of Harbour Porpoises Phocoena phocoena, a few White Beaked Dolphins
Lagenorhynchus albirostris, Common Seals Phoca vitulina, Grey Seals Halichoerus
grypus and even one Northern Minke Whale Baleanoptera acutorostrata – but I never
heard anything, except the drumming of the vessels engines.