June 2012
In April and May 2012 I stayed in Lower Egypt for a bird migration survey.
This gave me several opportunities for sound recording.

To walk around in Egypt as a foreigner, moreover with suspiciously looking equipment,
was not easy these times. So I could manage only a few trips, sometimes acompanied by
a policeman in order to protection and control.

In addition to these social difficulties there were heavy climate and weather conditions.
The temperature was between 35 and 43°C and in spring there are strong winds – the
so called Khamsin. 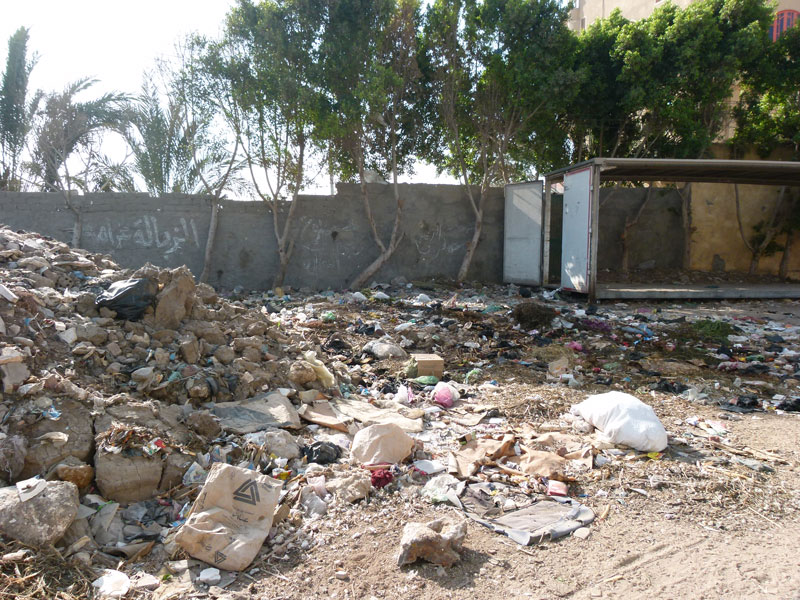 in front of our house 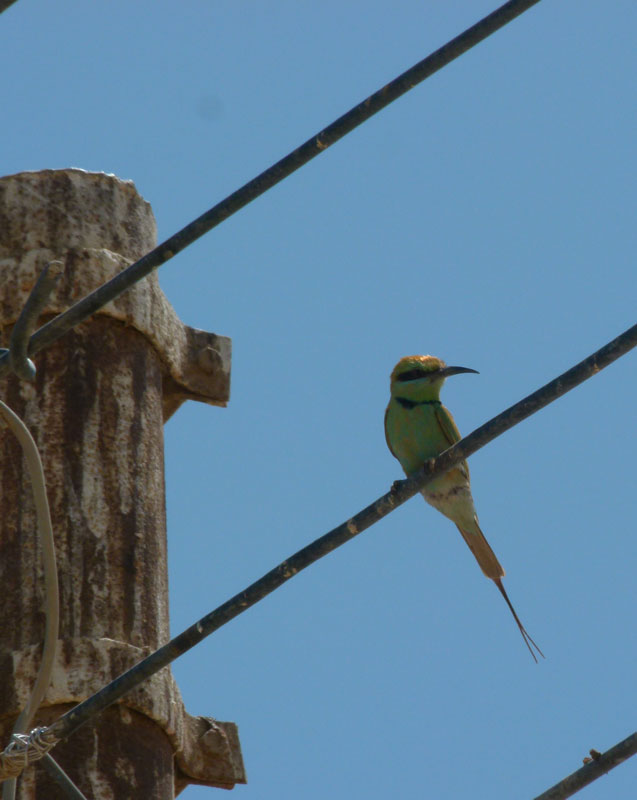 The Spur-winged Lapwing is a common bird species in the rural landscape. It mostly
breeds on rooftops, like the Senegal Thick-knee. In breeding time it is impossible not to
hear these guys, because their persistent alarm calls nearby the nesting sides.
As distinct from the Spur-winged Lapwing the Senegal Thick-knee is mostly a nocturnal
animal, beginning it’s activities at dawn. 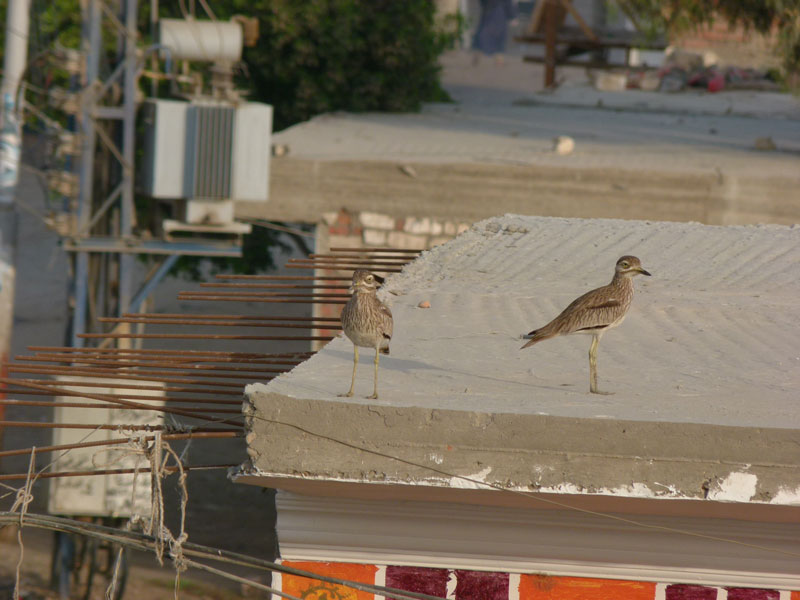 This trip’s secret main target was the Greater Hoopoe-Lark Alaemon alaudipes.
As outlined above, the weather/climate conditions were difficult, but I could get a few
recordings of it.
The main problem at the location were the flies. Dozens of them emerged out of the
blue attracted by the cattle-like fur of my windshield – what a nightmare! A lot of this
Lark recordings are waste because they are full of the flie’s very loud buzzing sounds. 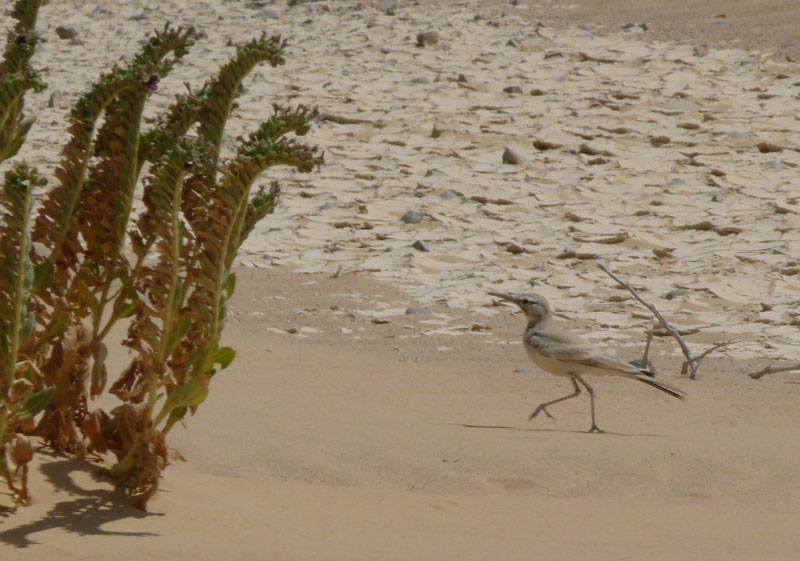 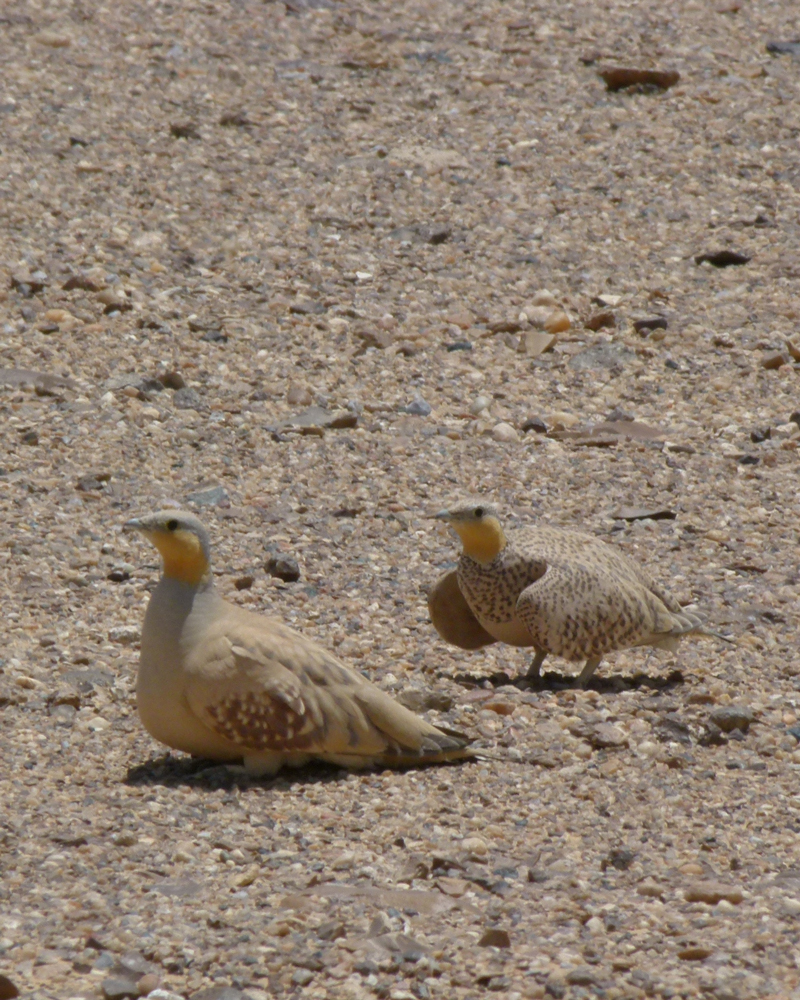 Another common species in Lower Egypt is the Clamorous Reed Warbler
Acrocephalus stentoreus. It’ s song is audible over good distance, so you
can’ t miss it.

Common but not in greater numbers is the Rufous-tailed Scrub Robin
Cercotrichas galactotes Here is it’s song:

Usually along the fields there are water channels for irrigation. The smaller ones
contained less human waste, so we were lucky to observe amphibians.
Unfortunately we couldn’t manage to identify all of them. If you have any hint’s about
the background species’s ID, please let me know! 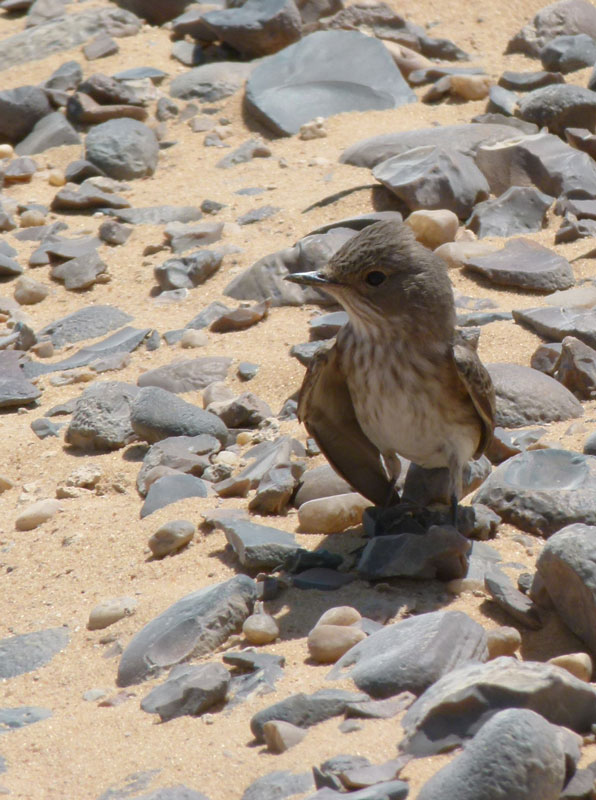 a short break in the desert: Spotted Flycatcher Muscicapa striata 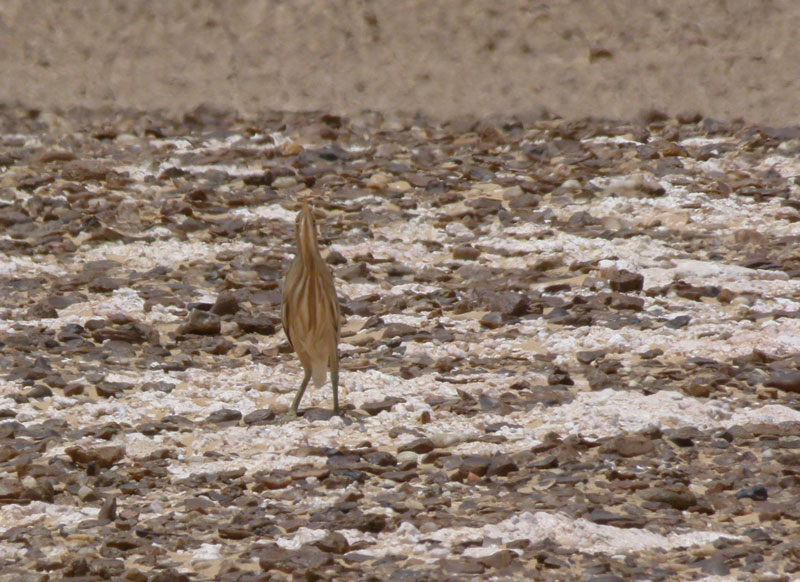 well camouflaged even in the desert: Little Bittern Ixobrychus minutus 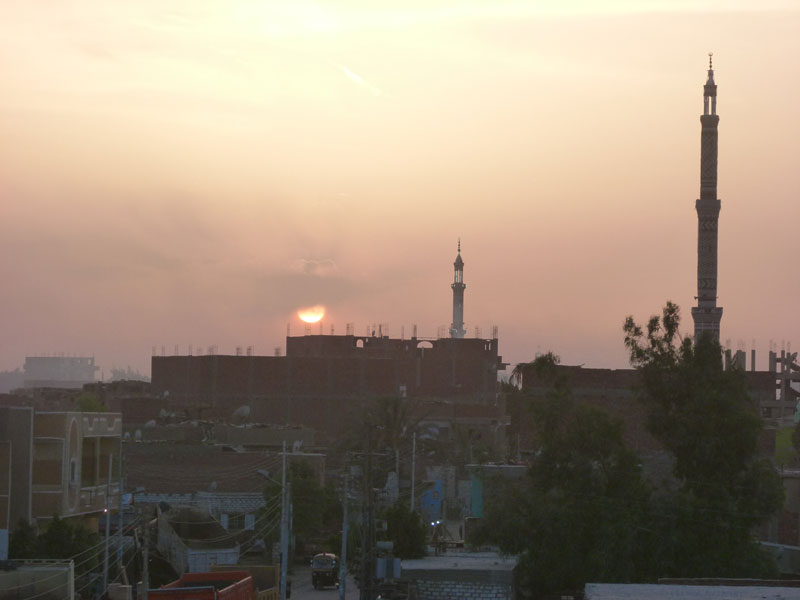